The programme for this year’s Otley Science Festival is beginning to shape up. I previously announced a couple of our main speakers and now I can tell you who will be filling the big Saturday evening slot – Iain Stewart the geology bloke from the BBC. 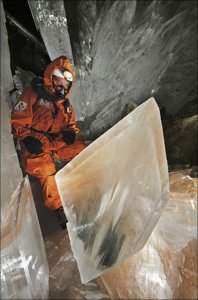 Iain has been all over the place on the telly of late and produced some cracking shows. He started with a few series on how the geology of the world has shaped civilisations. These shows took him all over the world to some incredible places, like Erta Ale and the Mexican Naica Cave that is full of gigantic gypsum crystals the size of buildings.

Just recently he wrote and presented Men of Rock, a gorgeous series about the abiding legacy of the the Scottish geologists. Iain, as a soft spoken Scot has a particular passion for the geology of his home-land and BBC Glasgow spared no expense getting some simple stunning shots of the landscape of Scottish landscape.

To bring you up to date, my own, in house BBC Glasgow gossip mining has revealed that he is currently working on a big new series about plant science, which seems like a bit of a diversion, until you realise the large overlap between botany and geology. It will probably be out around the time of the Otley Science Festival.

As always, I have not nailed him down to a particular topic yet, but I’ve seen him talk before and he is a great story teller. So, whatever he talks about you can be guaranteed it will be good.

Other Science Festival news includes work on a programmable robotics idea, animal adaption for the school shows and more structural goodness from the Institute of Civil Engineers. As always, more news as I become aware of it…

I’m delighted to be able to announce that we now have several of our keynote speakers for the Otley Science Festival 2011 booked and confirmed. The festival this year will run from Monday 14th to Saturday 20th November and we are very lucky to have been able to secure 4 evening slots on the Courthouse calendar. As before, the Friday and Saturday night will feature talks, but this year we also have the Thursday and Monday night available to us. So, without further ado, our Thursday and Friday speakers will be:

The Royal Institution Christmas Lectures are an enormously popular event, that for many years were aired on the BBC. The speaker from two years ago was the quite frankly brilliant, Prof. Sue Hartley. If you missed her Christmas Lectures, and they were buried in the schedule on More 4, they are still available to watch on line here. My own kids have watched them repeatedly, I hesitate to say ad-nauseam. Sue is a great speaker and has agreed to come to Otley on Friday 19th November. She has not yet decided what she will be talking about, but it will feature her speciality of plant / animal interactions. What I do know is that is will be a great family event.

Not meaning to drop names, but I bumped into Prof. Marcus du Sautoy getting onto a tube train down in London. Marcus is the Simonyi Professor of the Public Understanding of Science at Oxford, a mathematician of some note and a keen footballer. The last fact does not bear on this news, but the first two do. Marcus has teamed up with a bunch of artists to create a play inspired by Jorge Luis Borge’s story The Library of Babel. The performance, about the shape of the universe includes music, sculpture, drama and maths. On Thursday the 18th March, Marcus and the rest of the cast will be performing in the Courthouse. It promises to be quite an event and I’m thrilled that they have chosen to come and perform in Otley. I will post more information as we get it.

That’s it for now. More news soon on our big Saturday evening speaker…

I had to share this. This is a periodic table of elements made from cupcakes. I ate the Argon cake, because it is a noble gas.

But where is this wonderful creation? Well, I am currently down in Ipswich doing some talks at Jimmy’s Science Festival. This is a two day event, run by Jimmy Doherty, the pig farmer off the telly who did shows like Food Factory. A couple of years back I suggested he start his own festival, a bit like the Otley one. And he did. The cupcakes were made especially for the event by the lovely ladies of the the Suffolk Cupcake Company. Which element would you eat and why?

Say hello to our new website, the place to come for information about scientific happenings in and around Otley. Clearly, and there is a clue in the name of the site, one of our primary aims is to provide updates on the Otley Science Festival itself. The festival is moving into its 10th year and as soon as we have any information about the programme for 2016, you will find it here first.

However, there is more to science in Otley than its festival. We will be posting on this site all the latest news about our quarterly Science Cafés: dates, names of speakers and topics covered.

Finally, I will be using this blog as a place to post interesting nuggets of scientific information I come across in my own work. An eclectic mix of, hopefully intriguing ideas, news about local events and things to watch out for – all with a scientific bias.

Above all, I hope this site provides the community, both in Otley and further afield with a hub for their scientific interests.

Thanks for visiting us, please leave a comment and keep checking back for updates. 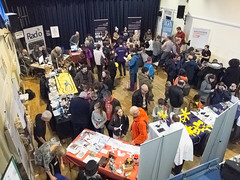 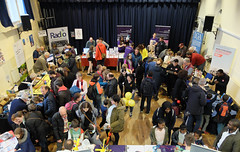 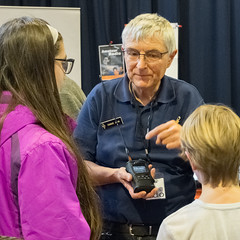 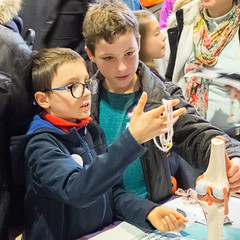 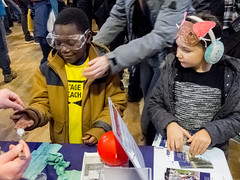 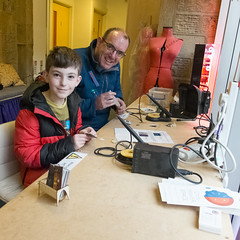 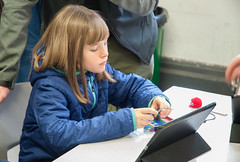 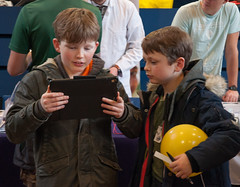 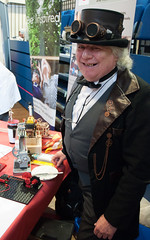 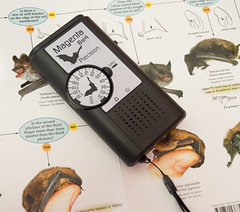